For my project, I am interested in modeling some prototypes that correlate with my Major Studio work. I am creating a series of prosthetics that are meant to function in aquatic environments. The one I began trying to model in maya is a nose prosthetic that is inspired by the star nosed mole. It’s purpose would be to allow one to smell underwater. I am interested in exploring the best way to prototype these objects so I will be experimenting with both 3D printing and model making with clay. Later in the semester I hope to incorporate biomaterials. 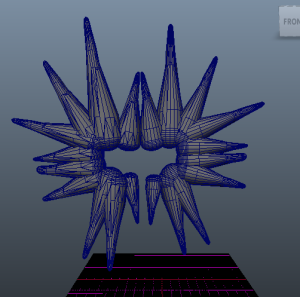 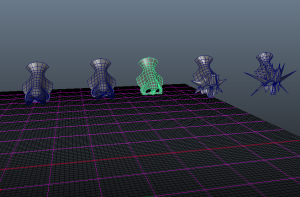 After not being able to control the model as much as I would have liked to create this object – I ended up modeling it in clay instead. I might make a mold out of it and make a silicone model of it next. 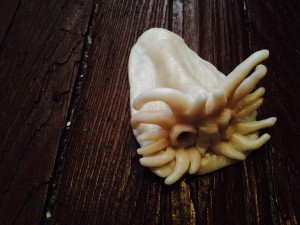 As for 3D printing, I started on another piece that is part of my studio work that is wearable object (in this case- shoulder pads) that is modeled after a coral reef. This was much easier for me for some reason, however, I’m not sure at this point if it will print properly or not. (The head is just a reference- the wearable piece is just the shoulder pads.)