Initially I had intended to model and print a shoe, (a Stella McCartney shoe in particular), for my midterm as a commentary on the potential of 3D printing in terms of its affects on commercial industries and economies. However, because the MakerBots at school only print PLA, which is a super hard plastic, the idea of printing a rock-solid shoe that would be impossible to wear didn’t seem like something I wanted to look further into.

Janni and I have been experimenting with 3D printing on the MakerBots the past couple weeks and have found out some very interesting things. 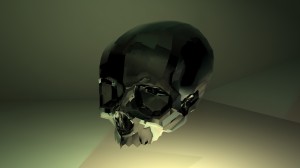 This is my final from my CG1 class last semester, which I had always intended to print and so it seemed like a good starting point. When brought into Net Fab Basic, or any other program used to check for errors, the model looks like this: 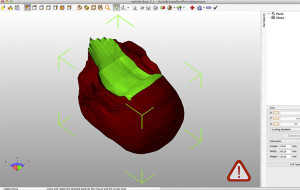 We had no idea what was causing the issue and neither did the techs at the lab, (which was very disconcerting).  We decided to just try it anyway and this is how my skull came out: 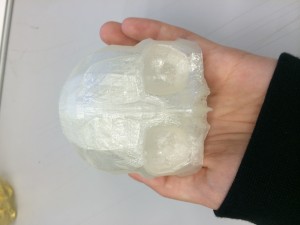 Later Janni had the idea that it must have something to do with the normals and sure enough it did: every plane that printed had normals facing inward, whereas the part that didn’t print had normal facing outward. After fixing this problem the print came out like this: 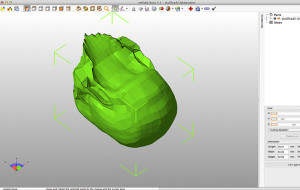 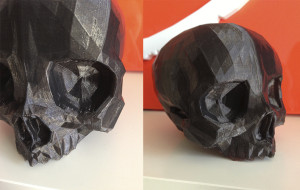 In using the MakerBots I have learned a lot about how to position your print in MakerWare and techniques for removing the supports. However, I have also become very interested in figuring out ways to print removable parts on this particular machine, for the way the machine has been engineered makes it very difficult to do so. For my new midterm I am going to model and print a series of characters with removable and interchangeable parts. 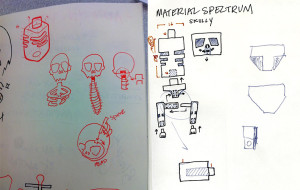 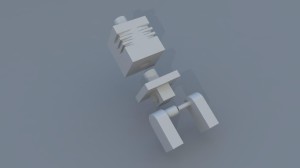 Right now the connections are very basic and I am looking at ways to make them stronger, such as this: 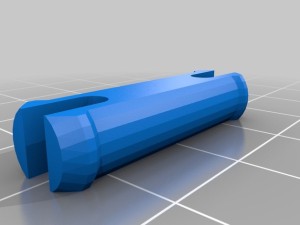