My midterm project is to make an Octopus Slide for children to play and also their parents(or themselves) to rest. 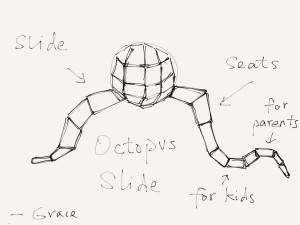 I’ve been working on modeling the basic structure of this slide. Octopus has eight legs, so I want half of them to be slides and the other half of them to be seats.  I want to add acetabulum on each leg to make it more real, and also to make holes inside the octopus head so that children can climb up and slide from the top. 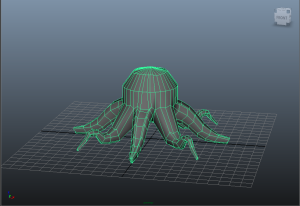 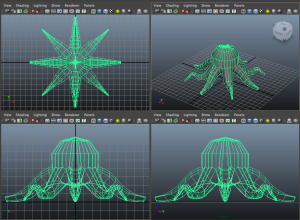 Now I’ve subtracted two cylinders  from the octopus’s head and make one line of acetabulum alongside one of its leg. 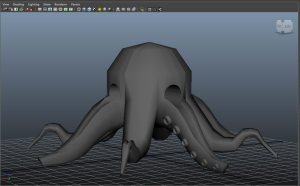 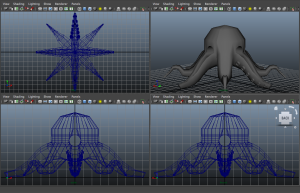 Now there are places for children to get into the slide, and slide down from the top. 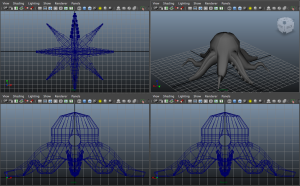 I didn’t view it in this angle on purpose. But in this view the two holes  really look like the eyes of the octopus and this also reminds me of an octopus mask in Pirates of Caribbean II. 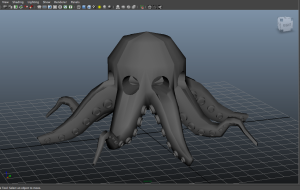 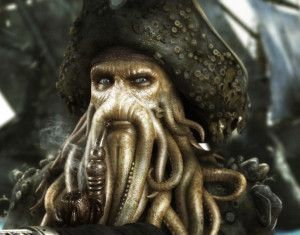 I thought the acetabulum would look not that smooth, but it turned out these acetabulum are too small to be measured if they are smooth or not. 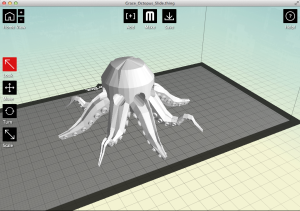 I used the MakerBot at Lab 403, and waited for 5 hours 48 mins until its freshly baked. 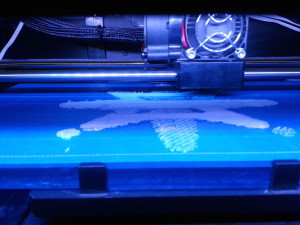 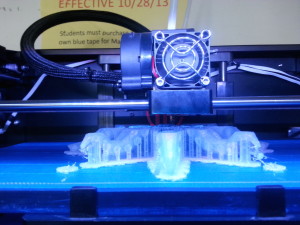 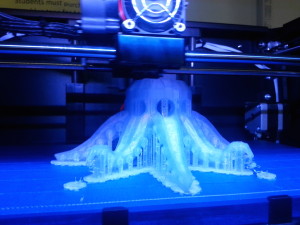 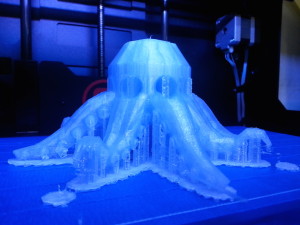 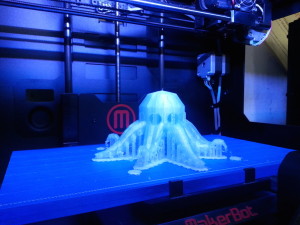 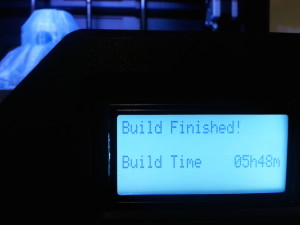 I thought transparent would be really cool, so I chose crystal blue. But it turns out transparency would make it so obvious to see the inside, which is very different with the solid one. I think I would try solid purple or blue later. Below is how it looks after I took off the supporting parts. 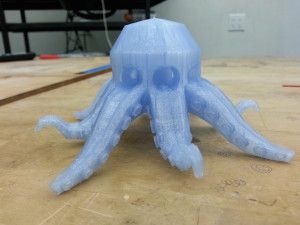