As you all probably know by now, my model initially started off being much more complex: over 100,000 polygons, multiple complex forms that would have needed to be printed separately and put together, etc. 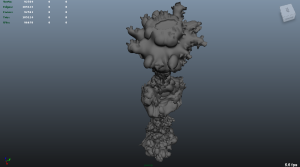 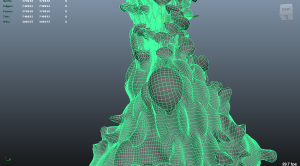 What I am essentially trying to make is a seductive/enchanting OBJECT or vessel that can hold speakers or some sort of sound device within its semi-hollow form, with psychedelic projections on top of it (perhaps reacting to the sound). As a fine art student, I’m keen to make this 3D print a part of my artistic practice which utilises a lot of projection/film/sculptural work in order to create a personalised universe/mythology. So, essentially, an object that can help distort the space around it and re-fabricate a new reality. 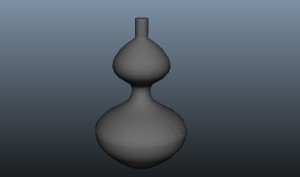 After realising that the original idea was too complex, I redid it in a simpler shape: the Chinese gourd, a plant/water holder/mythological object that I have been absolutely obsessed with since childhood. I made the original shape with Bezier Curves in NURBs, rotated it in 3D and then converted it to polygons. From there it was a relatively simple process of extruding faces/using the SculptGeometry tool and smoothing it (once). 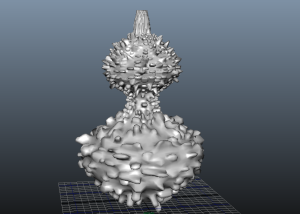 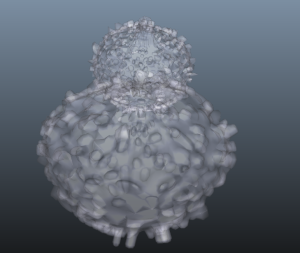 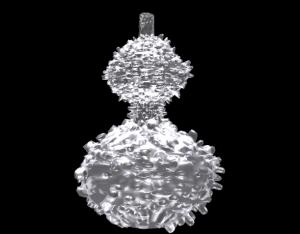 The main problem started once I exported it as a .OBJ. I checked various sites like shapeways and i.materialise.com and both were far too expensive for the size I wanted. Ideally, I want the object to be cast in transparent resin or at least some kind of translucent material, but the cost ranged into the thousands. The other problem was that some of the walls were way too thin on the tiny projections, which shapeways would attempt to help me “correct” but actually just made them look bulbous. 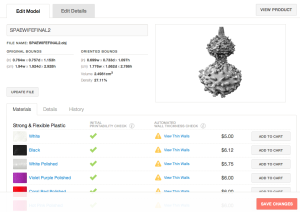 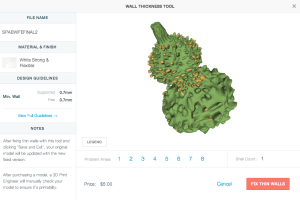 Temporarily abandoning the idea of outsourcing my model, I brought it into the Parsons print people. After converting the model to a .STL file with Rhino, they checked the mesh with ZPrint and discovered what looked like a lot of holes. 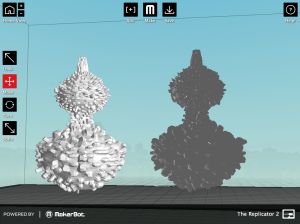 My model’s normals were also completely inverted when I viewed the model using the Makerware software so I just reversed all of those, which was easy… 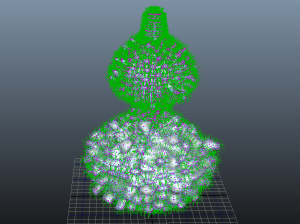 The hard bit was trying to figure out where the “holes” were: they were actually horribly deformed polygons that I needed to fix but were really hard to see in Maya so I had to keep hunting for them and going into the model to see it from the inside. I think this is one of the main problems with working liberally with the SculptGeometry tool as you have little control over it and if you’re careless, it ends up extruding everywhere, creating little Siamese twins of your vertices. 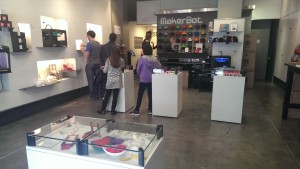 Finally, after everything was approved, I went to pay and then to actually print my model in a Makerbot. The idea was to create a smaller model with the machine and then print a much bigger, hollow version using the Objet once I tested the model for glitches. However, I think everyone in our class was using the Makerbots or something and I knew there was no way I would have access before our next class. So I took a trip to our local Makerware store and shed out some premium dollars (cry goodbye forever my beautiful money) to get a model printed in white PLA, which would apparently take about 5 hours for about 4 and a half inches (25, 000 polygons). 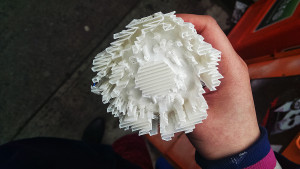 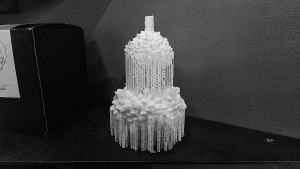 Then, when I finally got it printed and collected it, it had a billion supports. I advise all people to never try picking them off with your fingers because you’ll end up looking like you stabbed yourself accidentally with a needle. 50 times. Use pliers. 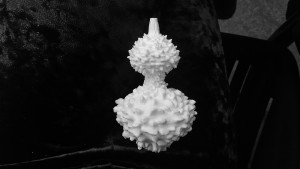 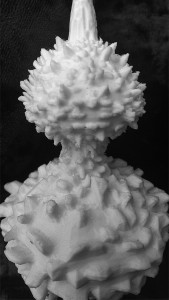 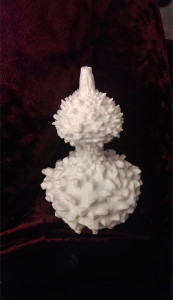 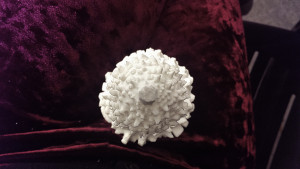 But in the end (3 hours later…) it looked pretty much exactly like my model. I’m not really sure how I feel about it because I think I might have sold my soul at the Makerbot store but probably from here I’m going to either try printing on the Objet or buying some translucent filament and printing it again at school. YAY!