Earlier this week Janni and I worked on making some bio plastics. The Instructables walk through we used was: http://www.instructables.com/id/Making-BioPlastics-Environmentally-Friendly-Plast/

Other students used this one also and from the reviews last week did/did not have issues so we decided to try it out. 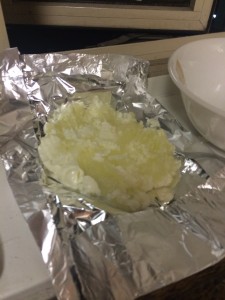 The plastic was slightly jelly-like post 1:15 in the microwave –

For our next plastic we tried experimenting with other things in Janni’s refrigerator, which ended up being an egg, (since eggs can be used in cooking as a binding agent). 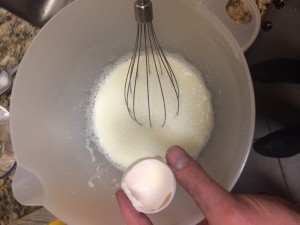 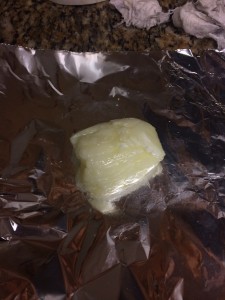 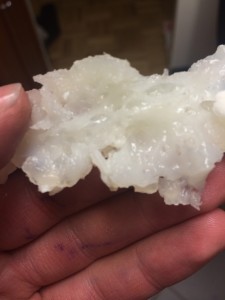 The consistency of the egg plastic was gelatinous; a few days later it is still jelly like.

For our third plastic, we used the original formula but experimented with adding a dye. All that we had was tattoo ink, (which actually gave it quite a nice color). 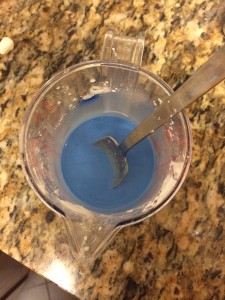 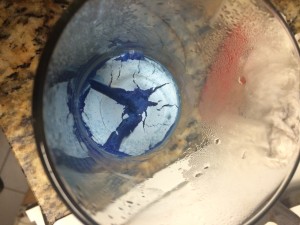 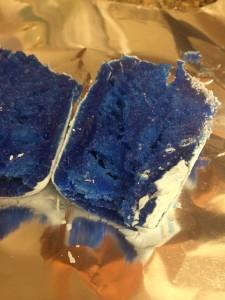 This plastic has dried very hard and solid. It has maintained the color very well and does not seem to have shrunk very much after several days. It seems to be the most successful of all experiments.

One thought on “BioPlastics with Janni and Harlie”