I personally did not like the idea of bioplastics because they didn’t seem sturdy or very flexible. I would never go through the effort of making my own plastic if it was significantly worse in every way (and to add not water resistant). But as I heard my classmate’s experiments and tried some of my own, I was surprised to see that with the right mix of ingredients, a sturdy plastic was possible. At first I didn’t have the right amount of ingredients, so I had to improvise. Instead of using glycerin, I tried to use Crisco. My first recipe was: 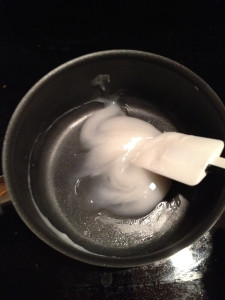 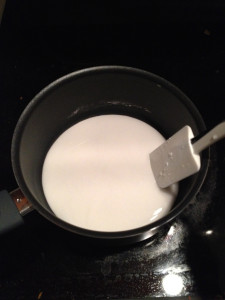 This led to a somewhat hard plastic that had either cracked right away or had an oily sheen and looked in danger of cracking. It also reeked of vinegar. So overall this recipe was no good.

Next I decided to try a recipe with slightly less vinegar and with tapioca starch instead of corn starch. I also added in glycerin. I tried this a few times, varying in length of cooking time and drying the batches in the oven at a steady temperature or on the counter. For these recipes I tried: 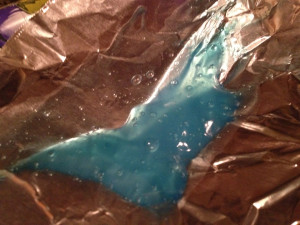 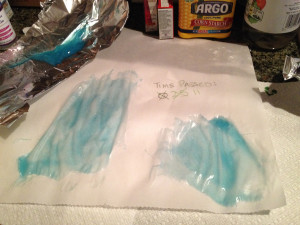 I made a couple batches with this recipe. Each time I tried to spread them as thin as possible with the spatula. The result was a thin and flexible plastic that doesn’t easily tear. I considered this recipe pretty successful because I got both features I had been after. It also created a really cool effect that allowed you to easily see through it until it was placed closer to your eye. This could be used to make some interesting visual in a project and with the added food coloring it makes it even more interesting. 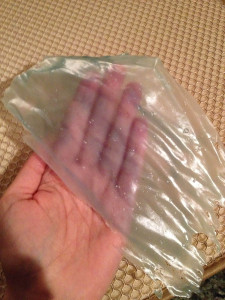 Another couple of batches I tried were the eggshell batches. These were my favorite. I used crushed eggshells (although I wish I had gotten them to a more fine grain) and also some cotton. I wanted to try both separately but felt some strange impulse to try them both in the same batch. I was hoping to have some sort of granite type feel to it where instead of having a fine mix, it’s more of a gritty mix molded smoothly together.

The first recipe I tried was:

a drop of vinegar

crushed egg shell (towards the end)

cotton (on the drying paper)

I hate the smell of vinegar and will do what it takes to make sure I have as little of it as possible. and I think the glycerin takes away a bit from the hardness. 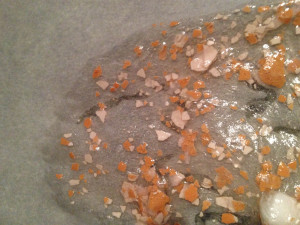 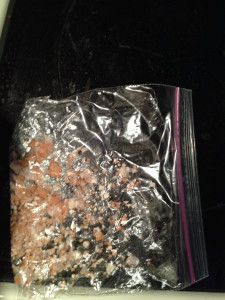 I warned you. It turned out fabulously though. It actually took effort to crack it and where the cotton was, was a bit more flexible and still pretty difficult to break. I feel like this would make nice building blocks (literally) in a project that may need it.

I tried the recipe once more without the cotton and finer eggshell bits. It was a similar outcome.

Overall it was great experiencing this bioplastic journey. If I were to continue (which I should because I still have a lot of ingredients) I would keep trying with different ingredients like wood shavings or sand or crushed shell. Who knows. I just like the idea of a useful bioplastic.

I decided to go the basic route with the bioplastics (cornstarch, vinegar, water, glycerin). However I didn’t have glycerin and improvised using Crisco. The breakdown ended up being: 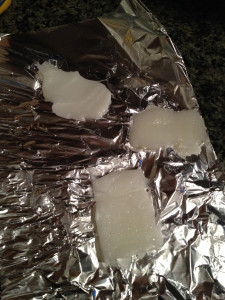 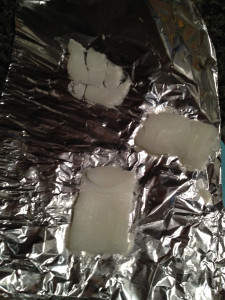 The left picture is what they looked like after an hour. The right picture was after they had been left for 12+ hours. I experimented with leaving each of them on the stove for different amounts of time. Left in for too little time, it never ever dries ever. It actually crumbled. How sad. Tried some left in a minute or so longer and it was sturdy but cracked a lot. The one left in a minute longer than had been recommended was the sturdiest and cracked the least. Still, none of them were very promising. The crisco gives it an interesting texture but it seems to make it too oily which is what most likely caused it to crack. For my next tries I would like to use less vinegar and no crisco. See how that goes. Or just try a new material. 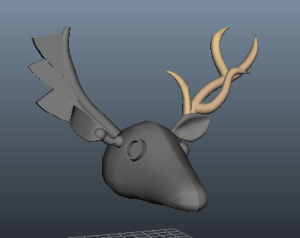 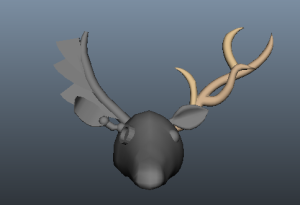 Overall this was fun to work on. I most enjoyed making the antlers and the ears. The most frustrating and annoying thing to make was the head and it still doesn’t even look how I wanted it to look.

I haven’t been able to get this printed in time but it will be printed for next class. I will post the print when that happens.

For our first Maya assignment I decided to make an auxiliary cord connector. I thought it would be a cool shape to work with but with my limited Maya experience it ended up looking like this:

It sorta kinda looks like one but not really at all. So I decided to watch a bunch of Maya videos on Lynda and try again:

and now it actually looks like one. Thank you guy with soothing voice on Lynda.com.

For the midterm I wanted to make a deer head. I chose this mainly because I think antlers look really cool, so it was narrowed down to a deer or moose. I had to start over a few times but each time things start to look a bit better. 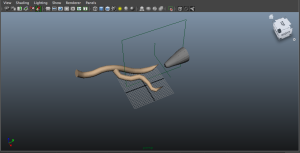 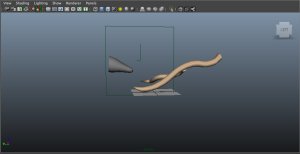 I’m going to keep working on this and hopefully it will turn out well. Now that Maya isn’t as confusing as it was before, success may be possible. I will post another update with sketches and screenshots.

Depending on how this goes, the deer may or may not be turned into a cyborg. Tune in next week.

Hello. I am currently in the DT program. Did my undergraduate in Philly for Interactive Design and that was meh.  So now I’m here and I’m really enjoying it. I took this class because last semester I found myself constantly stuck on what materials I should use and really wished I had some knowledge about it. And then this class appeared out of the sky and I was thankful. So I’m pretty excited.

Just as a side note, I really hate going by Lucille, but will not resent you if you call me it.

Not a selfie but: 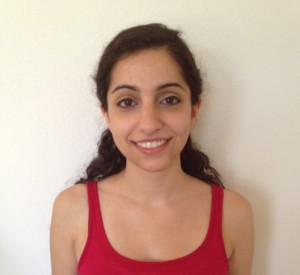